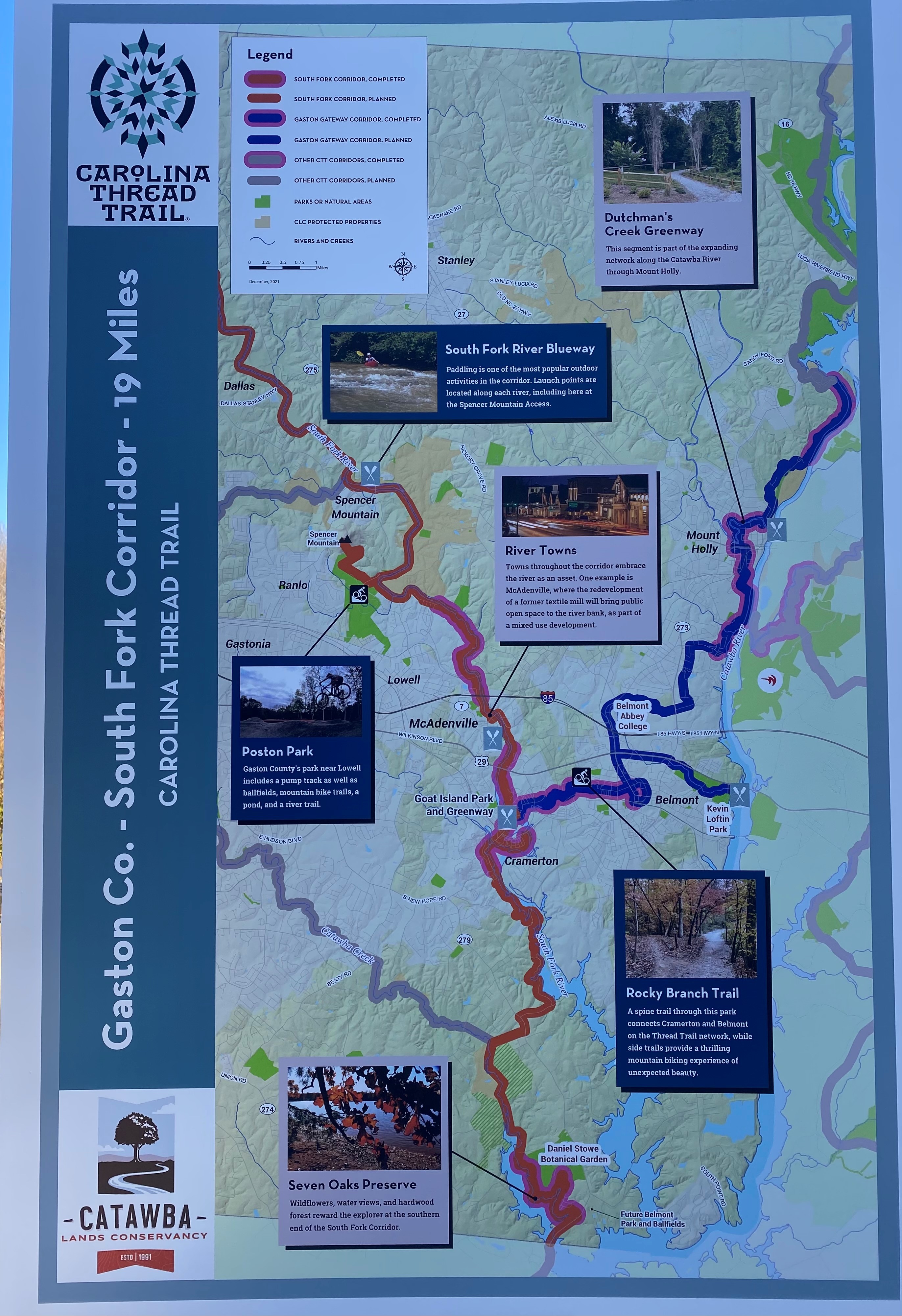 A $1 million lead gift from the David Belk Cannon Foundation and significant contributions from Bank of America, the Charlotte Mecklenburg Community Foundation, Spangler Foundation, Duke Energy and Wells Fargo, plus many others, led to early success. The campaign will help fund an additional 191 miles of the CTT, achieving at least five miles of contiguous trail in each of its 15 counties within the next five years. These miles will produce outsized returns by closing system gaps and improving access. 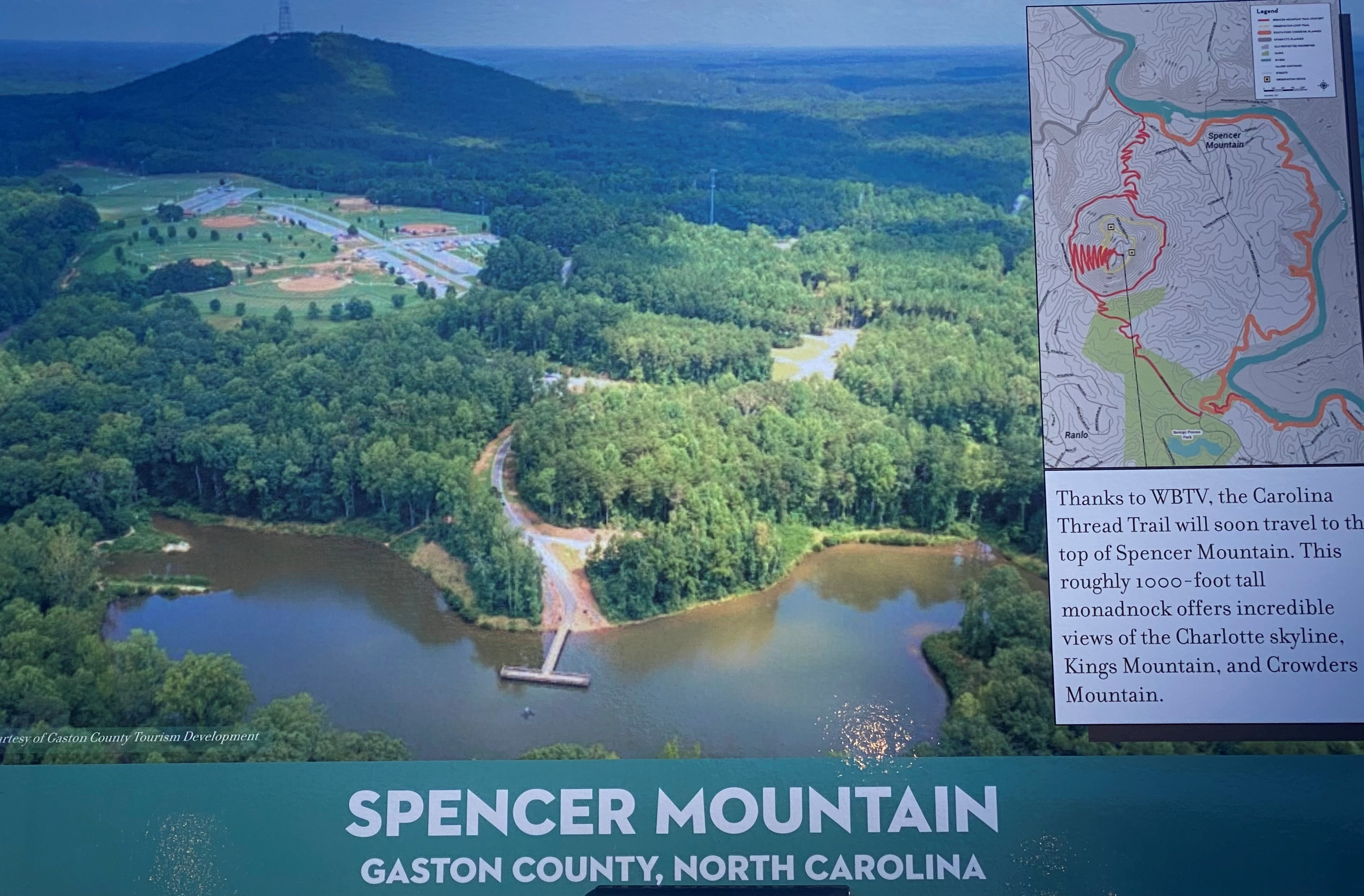 The CTT is a regional network of trails and greenways spanning a 15-county area in the Piedmont region of North and South Carolina. Today over 530 miles of CTT trails and blueways are open, with more than 1,600 miles ultimately planned. The Carolina Thread Trail was conceived as an interwoven network, connecting communities to the places they want to visit and to each other. The map below shows the full network and also the priority corridors in which current activity will be accelerated due to the campaign’s success.

In 2007, when the Carolina Thread Trail began, trails and greenways were seen as, at best, a nice-to-have but nonessential amenity. Many even viewed greenways with suspicion.

Today, all that has changed. And no wonder: greenways and trails are incredibly cost-effective tools forrevitalizing communities, spurring small business development, boosting property values, increasing physical and mental wellness, preserving clean air and water, and improving quality of life.  Lat W. Purser III, CTT Governing Board Chairperson and capital campaign co-chairperson, notes, “Greenways are wildly popular, and communities can’t seem to get them opened fast enough. The pandemic accelerated this shift, as so many of us turned to nature and outdoor recreation as one of the few safe activities remaining for us. On some of our trails we’ve seen usage increasing as much as 200 percent.”

The David Belk Cannon Foundation has committed a lead gift of $1 million to the campaign, which will be used to develop the South Fork Corridor of the CTT in Gaston County. Foundation President Gene R. Matthews II says this “will be a huge win for all of us. We see it as a great way for people to get outside, create a positive buzz for the county, increase connectivity among Gaston County communities, and even be an economic driver.”

The Carolina Thread Trail organization works in partnership with 15 counties and 88 municipalities. “The ones who are really making it all happen are our partners, the towns and counties who are part of the CTT network,” notes CTT Executive Director Bart Landess. “In fact, our private dollars are matched at a rate of as much as 20-to-1 by dollars committed by local governments. Having private investment catalyzes trail projects, helping get trail and greenway projects completed more quickly.” “The Carolina Thread Trail is a gift to our children grandchildren,” says capital campaign co-chairperson Tim Belk. “Ensuring that everyone who lives here can have access to our beautiful landscapes and waterways is crucial to making sure the Charlotte area remains a great place to live, for generations to come.” 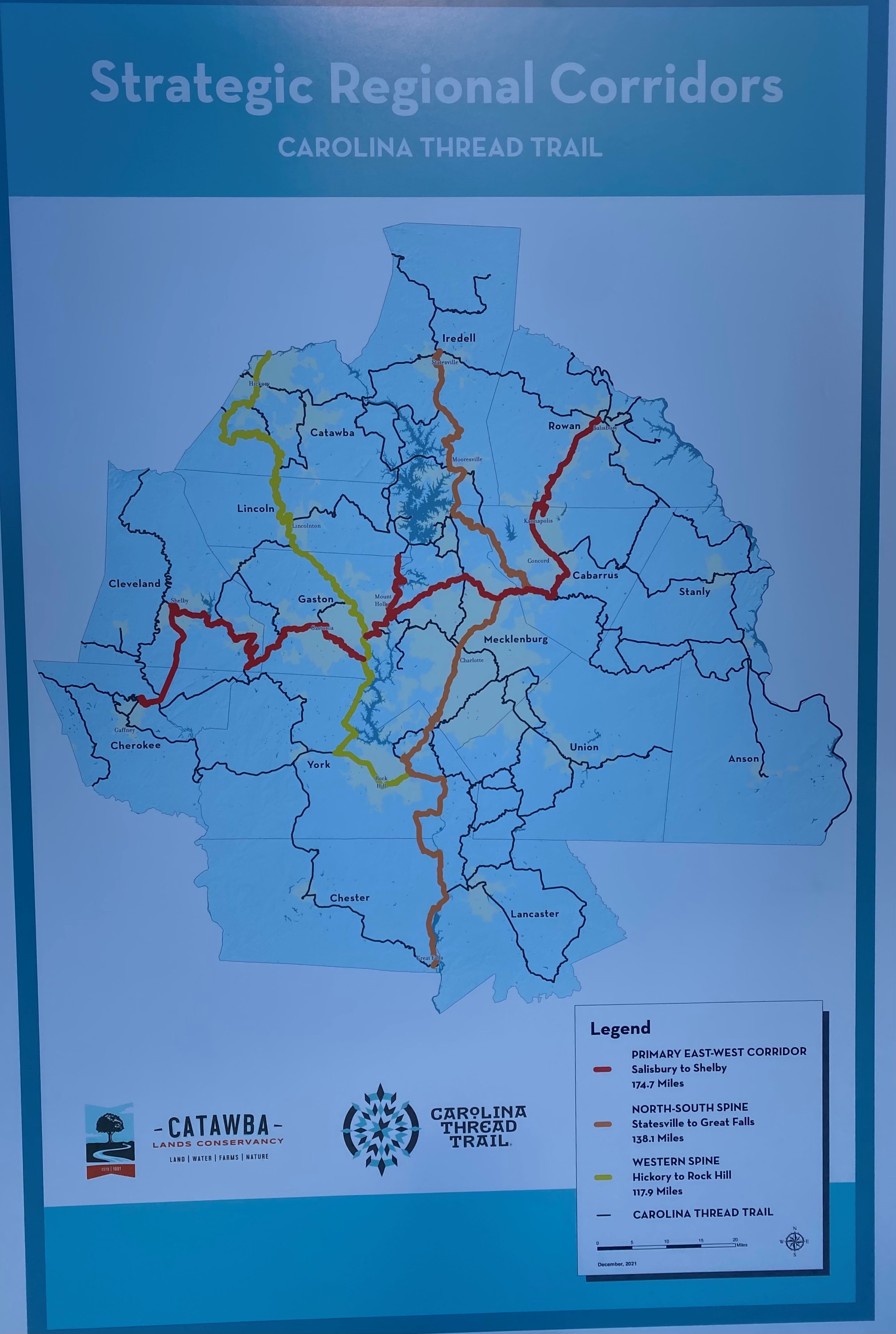 About The Carolina Thread Trail:
The Carolina Thread Trail is a 15-county, two-state initiative designed to create a regional network of trails, blueways and conservation corridors that will link more than 2.9 million people. With technical resources and catalytic funding from the Thread Trail, local communities plan and implement their portions of this greenway system.
The Carolina Thread Trail region includes Anson, Cabarrus, Catawba, Cleveland, Gaston, Iredell, Lincoln, Mecklenburg, Rowan, Stanly and Union counties within North Carolina and Cherokee, Chester, Lancaster and York counties in South Carolina. Catawba Lands Conservancy is the lead agency for the Thread Trail, which is working in partnership with Foundation for the Carolinas and many local partners. Currently, more than 300 miles of Thread Trail are open to the public. For more information, visit
www.carolinathreadtrail.org.