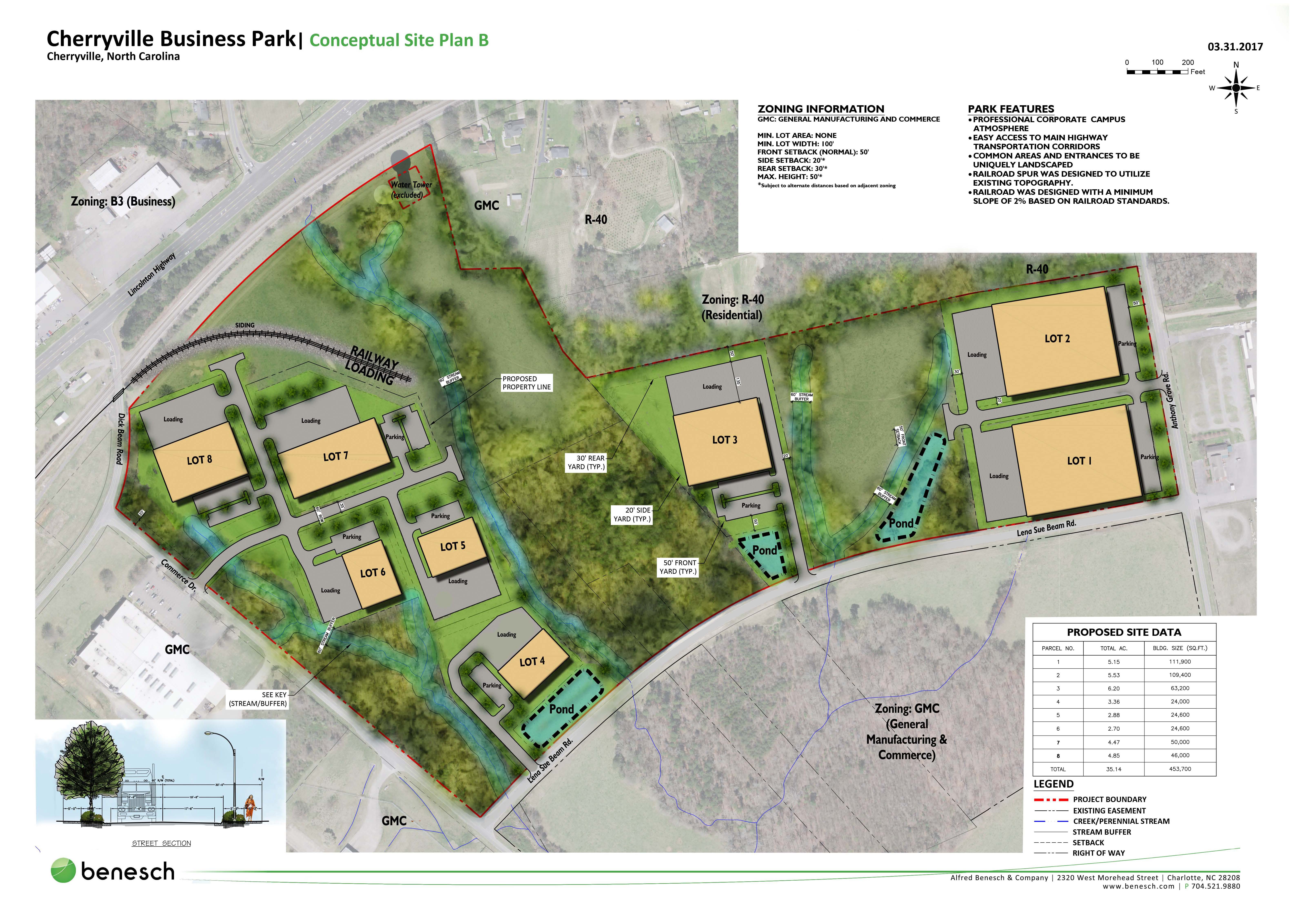 Cherryville could soon have another tool - nearly 100 acres fit for a business park - to entice new ventures to town following action last week by the Gaston County Board of Commissioners.

The board unanimously approved an option agreement to purchase 93 acres of land from the Beam Trust and M’Shel Bowen for some $575,000.

It’s contingent upon further due diligence work, including a complete survey and environmental certifications, that Gaston County Economic Development officials estimate might cost another $200,000.

“This action will put us one step closer to something that we’ve worked on for many years, and it’s been a long haul,” Gaston County Commissioner Allen Fraley said Tuesday, thanking Cherryville officials for their part in pressing for the plan. “I just appreciate all you guys sticking with us, and everybody that’s been involved hanging in there too. We can get there. After this vote we’ll be very close to seeing this project completed.”

Gaston County Economic Development Director Donny Hicks said the project might be best thought of as an expansion on the existing Sunbeam Industrial Complex that’s operated within Cherryville since the 1980s.

The land under consideration lies along the eastern side of N.C. 150, near Keystone Powdered Metal, Pepsi Beverage Co. and Fleetnet America, according to tax records.

“There was good momentum on that site through the 80s, but over the last 10-15 years there just hasn’t been the same activity,” Hicks said Wednesday. “Still, there’s some 400,000-square-feet of space being utilized in that area now. This acreage will allow us to add to that.”

Hicks said the site could realistically accommodate six to eight additional industries. With available rail service, however, he said the site may prove attractive to a firm in need of more square footage.

“I think it would be smart to chase somebody that needs a large footprint,” Hicks said.

It’s been a long saga to reach this point. The county studied some 600-acres near the site beginning in early 2016.

Later that year, they announced they’d narrowed down the usable space to 83 acres, at which time commissioners approved some $40,000 in geotechnical work to further vet the site.

There’s more work to do, however. Hicks said he will approach commissioners in January for approval for an additional $200,000 for updated surveys of property boundaries.

“There’s also an additional layer of complexity with that,” Hicks said. “You need a Corps of Engineers permit, as well, since there are two small wetlands on the property.”

In response to commissioner questions Tuesday, Hicks said those wetlands comprise roughly 0.2 acres on the entire property, and do not flow into any other body of water.

That likely means any remediation effort would likely be relatively simple.

“We feel like we’ve got our arms pretty well around the issues there,” Hicks said. “The issues with the engineering certification are probably less defined, but we think we’ll be able to work through it.”

Tracy Philbeck, chairman of the Gaston County Board of Commissioners, congratulated Cherryville leaders for seeing the process to this point.

“It’s a good day and I think there’s a great opportunity here,” Philbeck said. “There’s a lot of community coming together and the right folks to make this happen.”